“We embraced each other once, then again and again. We were like brothers meeting after a long separation.” That is how Patriarch Athenagoras of Constantinople described hugging Pope Paul VI in Jerusalem in January, 1964. 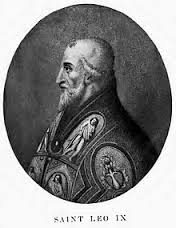 It was a historic moment. Nine hundred and ten years earlier, the leaders of the eastern and western churches had excommunicated each other. Now the Orthodox and Roman Catholic branches of Christianity had taken a big step toward reconciliation.

Athenagoras I, born in Greece, became a theologian and philosopher. He rose through the ranks of the Orthodox church, and drafted its policy approving ecumenism (Christian denominations drawing together). While working to keep Orthodoxy from falling under the power of the Russian Orthodox church, which was manipulated by the Soviet Communists, he sought to break down barriers between the Orthodox church and the Roman and Protestant communions.
Italian-born Paul VI was also active in the ecumenical movement.

A key player in the Vatican II Council, he became pope after the death of John XXIII.
On this day, December 7, 1965, an event of international importance occurred. At the same time in St. Peter’s Basilica, Rome and in Patriarch Athenagoras’ church in Constantinople, spokesmen read the same prepared statement.

The text expressed gratitude that God had favored them with a chance to meet in Jerusalem–the site of their hug the year before–and the place where the Christian faith originated. Since that moment, they said, they had both wanted to improve brotherly relations between the churches, “to overcome their differences in order to be again ‘one’ as the Lord Jesus asked of His Father..”

Realistically, the statement acknowledged that there were serious obstacles to reunion. “Among the obstacles along the road of the development of these fraternal relations of confidence and esteem, there is the memory of the decisions, actions and painful incidents which in 1054 resulted in the sentence of excommunication leveled against the Patriarch Michael Cerularius and two other persons by the legate (agent) of the Roman See under the leadership of Cardinal Humbertus, legates who then became the object of a similar sentence pronounced by the patriarch and the Synod of Constantinople.

“One cannot pretend that these events were not what they were during this very troubled period of history. Today, however, they have been judged more fairly and serenely.

Thus it is important to recognize the excesses which accompanied them and later led to consequences which, insofar as we can judge, went much further than their authors had intended and foreseen..”

They expressed regret for the offensive words spoken over nine hundred years earlier and the excommunications that followed. Although mere words could not erase the differences that divided their denominations, They hoped “that this act will be pleasing to God, who is prompt to pardon us when we pardon each other.”

Those differences included disagreement over the dogma of Purgatory, the pope’s claim to be Christ’s Vicar on earth and the doctrine of the Holy Spirit. But, as Pope John Paul II would later say, “the things uniting us are far more fundamental than those disuniting us.”

The rescue of the survivors of the ship Deutschland on this day, December 7, 1875 almost led to war and prompted the Jesuit poet Gerard Manley Hopkins to write a lengthy poem. 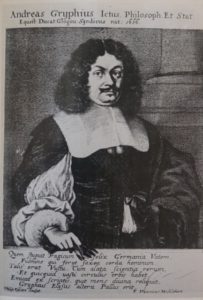 Faced by a rising storm on December 5th, the Deutschland changed course. Early in the morning of the 6th, it ran aground on a shoal that its two experienced pilots–one German, one English–should have avoided. In trying to get off, the propeller snapped and the wind drove the ship farther onto the shoals. From the deck of the ship, the passengers could see the lights of England.

Furious winds whipped snow and ice against the craft. Unlike the Titanic, the Deutschland had enough life boats and life preservers for everyone. It did them no good.
In the furious weather, attempts to launch the boats did not succeed. The first boat swamped, drowning eight.

The second boat also swamped, but its three riders managed to right it. (They drifted for thirty-eight hours and two froze to death.) Women passengers shrieked that they didn’t want to take to the sea in the lifeboats.

Their protest was unnecessary, for the wind ripped the rest of the lifeboats off of their davits, smashing them, and removing any hope of escape that way.
The passengers, most of them Germans, were in dire straits. Told to take to the deck, some clambered into the rigging. Several froze to death. The water washed bodies up and down the deck.

The ship’s distress signals received no reply. This is what infuriated the German nation and almost led to war. The Germans accused the British of waiting thirty hours to send a rescue boat, allowing 157 people to die “less than four miles from shore.”

Actually, no one in Harwich or Marburg, over twenty miles away, saw the signal. A small fishing boat which spotted the ship did report it to the harbor master at Ramsgate, but he took no action, saying it was not his jurisdiction.

Finally a tug reached the broken ship and took off most of the survivors. Their stories were reported in the Times. The account that led Hopkins to write his poem, The Wreck of the Deutschland, was a tale of five nuns, fleeing Germany’s anti-Catholic legislation.

The five remained below because there was not enough room on the deck. Clasping hands, they were drowned together, their leader calling out loudly and often “O Christ, come quickly!” until they could breathe no more.

In his poem, Hopkins pondered the meaning of her cry. He concluded that she had recognized that the storm was controlled by Christ. He then imagined her reception in heaven:
Jesu, heart’s light,
Jesu, maid’s son,
What was the feast followed the night
Thou hadst glory of this nun?

Let us say you belong to a big church in an important city like Chicago or London. Your pastor has just died. He taught a heretical doctrine–that Jesus wasn’t really divine. Would your church riot over who to have as its next leader? Would it choose as its compromise candidate a lawyer who had never even been baptized? 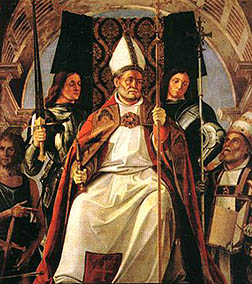 That is just what happened in Milan, Italy, in 374. The bishop of Milan had supported the Arian heresy, which denied Christ was fully God. When he died, the Milanese rioted. Some wanted an Arian bishop.

Others wanted an orthodox teacher.
Ambrose was a 35 year old lawyer in town, the son of a nobleman, and so skilled in oratory that the governor of Northern Italy had designated him as his successor. This intelligent young man pushed his way through the seething crowd and pleaded with them to maintain the peace.

His arguments must have been persuasive: Someone shouted, “Ambrose for bishop!” and soon everyone had picked up the chant.
Ambrose protested. This was the furthest thing from his mind. Why, he hadn’t even been baptized! But his protests were of no use.

The people wanted him. When Emperor Valentinian approved the selection of Ambrose and threatened severe penalties against anyone who helped hide the lawyer, Ambrose gave in and was baptized.

Eight days later, on this day, December 7, 374,Ambrose was consecrated bishop of Milan. He took his new responsibilities seriously. He gave all his possessions to the poor and boned up on theology. With his legal skills and Greek learning, he defended the church and its people.

The oratorical skills of the lawyer did not desert him when he took the pulpit. He spoke ad lib, not writing out his sermons. These were so good that the great Augustine of Hippo was won to Christ through listening to him.

Ambrose was a defender of orthodoxy against Arianism. He kept up a frequent correspondence with Basil the Great, a famed bishop of the Middle East. Because of Ambrose’s writings, he is classed with Jerome, Augustine and Gregory the Great as one of the four Latin church fathers.

Bold where the church was concerned, Ambrose even barred Emperor Theodosius from entering the sanctuary until the ruler publicly repented of a massacre he had perpetrated in Thessalonica. One stipulation he placed on the emperor was that he must allow thirty days to elapse between ordering any death sentence and carrying it out, so that he would have time to cool down and change his mind if necessary.

He counseled gentleness rather than harshness with those who had betrayed the faith under torture. “Therefore the Lord Jesus had compassion upon us in order to call us to Himself, not frighten us away.

He came in meekness, He came in humility, and so He said: ‘Come unto Me, all ye that labor and are heavy laden, and I will refresh you.’ So, then, the Lord Jesus refreshes, and does not shut out nor east off, and fitly chose such disciples as should be interpreters of the Lord’s will, as should gather together and not drive away the people of God.”

Ambrose died on Good Friday in 397. As he lay dying he extended his arms like Christ on the cross. Christ appeared to him in his last agony. His death made such an impression on the public that five bishops could hardly cope with all the people who requested to be baptized the next day.

We appeal to your conscience to support us with your donation to enable us to serve the Word of God to those who need it most. We have paid to make sure that you can donate securely. Be assured of our prayers. Click the green “donate” button below to donate.
Tags: 7th December, Catholic for life, church history, today in history

Today in History of Catholic church

Today in History of Catholic church

CYCLE I: HOMILY FOR FRIDAY OF THE 1ST WEEK IN ORDINARY TIME (1)

CYCLE I: HOMILY FOR THURSDAY OF THE 1ST WEEK IN ORDINARY TIME (2)

CYCLE I: HOMILY FOR THURSDAY OF THE 1ST WEEK IN ORDINARY TIME (1)

CYCLE I: HOMILY FOR WEDNESDAY OF THE 1ST WEEK IN ORDINARY TIME (1)

CYCLE I: HOMILY FOR TUESDAY OF THE 1ST WEEK IN ORDINARY TIME (1)

CYCLE I: HOMILY FOR MONDAY OF THE 1ST WEEK IN ORDINARY TIME (1)

YEAR B: HOMILY FOR THE FEAST OF THE BAPTISM OF THE LORD (4)

YEAR B: HOMILY FOR THE FEAST OF THE BAPTISM OF OUR LORD (3)

YEAR B: HOMILY FOR THE FEAST OF THE BAPTISM OF THE LORD (2)

YEAR B: HOMILY FOR THE FEAST OF BAPTISM OF THE LORD (1)

Reading for the 29th Sunday in Ordinary Time Year A

Reading for the 28th Sunday in Ordinary Time Year A

You may have missed

CYCLE I: HOMILY FOR FRIDAY OF THE 1ST WEEK IN ORDINARY TIME (1)

CYCLE I: HOMILY FOR THURSDAY OF THE 1ST WEEK IN ORDINARY TIME (2)

CYCLE I: HOMILY FOR THURSDAY OF THE 1ST WEEK IN ORDINARY TIME (1)

CYCLE I: HOMILY FOR WEDNESDAY OF THE 1ST WEEK IN ORDINARY TIME (1)

CYCLE I: HOMILY FOR TUESDAY OF THE 1ST WEEK IN ORDINARY TIME (1)